It’s March, spring is right around the corner, and that can only mean one thing: The start of the big college basketball tournament.

To get into the spirit of the competition, Advancement Courses is hosting our own bracket challenge! For a fun twist, we’ve chosen 32 fictional teachers from books, movies and television to see how they stack up. The contest tips off March 12. Now through March 21, you can submit your own bracket on our website, then vote for the teachers you think should advance to the next round from March 22-31.

The winner will be announced April 2. Afterward, we’ll share the first-, second- and third-place winners of our challenge based on who submitted the most accurate bracket. Here’s a breakdown of the prizes:

Yoda is the all-wise, all-knowing Jedi Master from the Star Wars movie franchise. Yoda speaks in an unusual manner, forming his sentences in object-subject-verb format, but his unconventional methods eventually help Luke Skywalker understand the ways of the Force during his training on the swamp planet Dagobah.

Mr. Feeny was Cory Matthews’ sixth-grade teacher and neighbor of the Matthews’ family. Mr. Feeny attempts to be just a teacher to the students, but over time, he develops an almost-grandfatherly relationship with Cory, Shawn, Topanga and Eric. He is also fond of working in his garden, and he’s always around to provide wise advice to the kids and the Matthews family.

The precursor to Saved by the Bell, the show Good Morning, Miss Bliss features a morally responsible middle school history teacher, Miss Bliss, who is put into difficult situations at work. However, she is the sole trusted person her students can go to for help.

Mr. Miyagi is the karate master who served in the U.S. Army during World War II. His unconventional teaching techniques help Daniel LaRusso learn karate and eventually defeat his adversaries from John Kreese’s Cobra Kai dojo. Mr. Miyagi teaches the importance of personal balance and training the mind and spirit as well as the body.

Mr. Keating, played by the legendary Robin Williams, returns to his alma mater to teach English. But against the wishes of Headmaster Gale Nolan, Mr. Keating encourages his class to think independently and “be extraordinary,” citing the Latin term, carpe diem — seize the day. Mr. Keating is eventually fired and forced to take the fall after star pupil Neil Perry commits suicide when his father decides to enroll him in military school. But before Mr. Keating leaves, his students show him one last act of admiration and independent thinking.

From Mr. Holland’s Opus, Mr. Holland initially started teaching to have more time to compose music, but he loved it so much, he taught for 30 years. Mr. Holland inspires many kids through his years as music teacher, but his time at the school and his despair over his son’s deafness estrange him from his family. When the music department and fine arts program are about to be shut down, hundreds of his former students return to perform his never-before-played orchestral piece.

From the show Recess, Miss Grotke is a fourth grade teacher. She is kind and warm, but also a bit eccentric — a hippie who loves yoga and saving the earth. Miss Grotke also loves to meditate.

Mr. Schuester is the head of the Glee Club at McKinley High School, in addition to his teaching duties. As a student at McKinley, he participated in the Glee Club, winning a national show choir championship. As a teacher, Schuester has to rebuild the club essentially from scratch.

Portrayed by the hilarious Tina Fey, Ms. Norbury is the coach of the North Shore Mathletes in addition to teaching calculus. She also bartends during the week at P.J. Calamities and evidently works multiple jobs. She is, however, considered a caring, graceful teacher, according to Mr. Duvall.

An aspiring rocker whose ego gets him kicked out of his rock band, an unemployed Finn lies his way into a job as a substitute teacher at a prep school. While there, Finn realizes the students have real musical talent, and he attempts to shape them into his new band to get revenge against his former bandmates. Over time, he learns to love the kids and teaches them how to play many instruments, culminating in the band winning a “Battle of the Bands” competition.

After graduating with a degree in art history, Watson takes a position at Wellesley College, a small women’s-only private college, teaching the art history. After learning her students have memorized the entire textbook and syllabus, she uses the class to introduce them to more modern art and inspires her students to achieve more than what society tells them is acceptable.

The new teacher at P.S. 118 in Hey Arnold!, Mr. Simmons immediately shows his love for teaching by arranging the desks into a circle to encourage learning through more communication between the students. He also encourages the students to always ask “why?” when told something. The kids initially don’t accept that advice and force him out, but they later win him back after using the “why?” technique with his replacement.

Ben Stein plays the memorable (yet unnamed) economics teacher, who spends much time calling on an absent Ferris Beuller in his recognizably monotone way. The teacher also implores his students to answer his questions by chanting, “Anyone? Anyone?” during his economics lessons.

Mr. Collins, Kevin Arnold’s algebra teacher from The Wonder Years, urges Kevin to reach his potential in math despite Kevin only averaging a ‘C’ in the class. Mr. Collins soon tutors Kevin, and the pair develop a bond, to the point where Kevin thinks of Mr. Collins as a friend. After acting out against Mr. Collins during a midterm test and later learning his teacher has died, Kevin retakes the exam, acing it.

From the film Kindergarten Cop, John Kimble, a Los Angeles police detective, goes undercover to locate a dangerous drug dealer’s ex-wife. Initially, the plan is for his partner to pose as the teacher, but after she gets violently ill, Kimble is forced to be the teacher so as not to blow their cover. Through sheer will, police discipline, and his pet ferret, Kimble manages to win over the students and gain their love and admiration — and catch the bad guy.

Miss Crabtree, from the Our Gang TV series and films, replaces a former teacher at Adams Street who was well loved and appreciated. But she makes a good impression on the Little Rascals and is able to balance her compassion and scholarly wisdom, though she does get angry on occasion.

Join the madness and help us to determine who will be the last one standing by submitting your predictions!

Sign up for emails to get 5% off your next order, plus special offers, free classroom resources, and more. 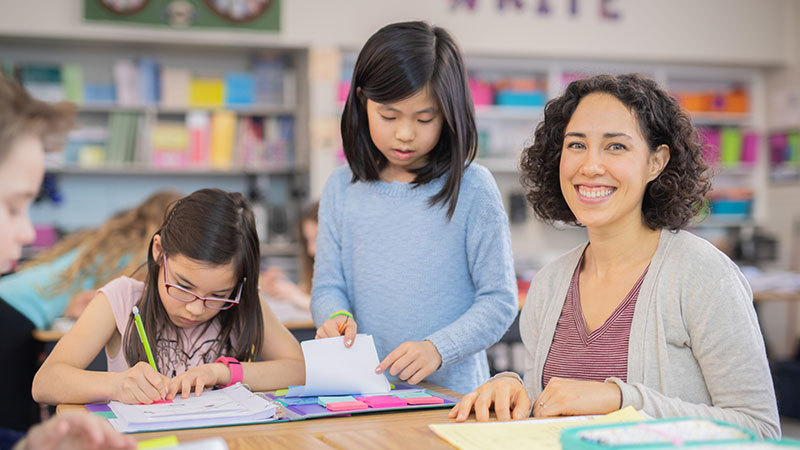 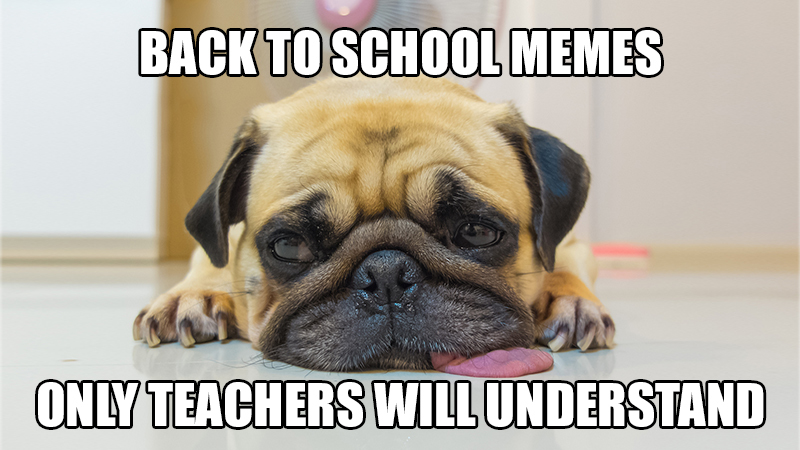 Back to School Memes Only Teachers Will Understand 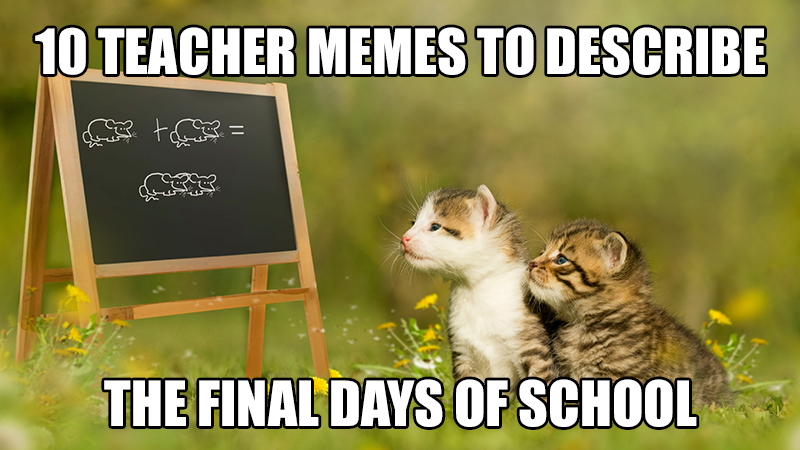 10 Teacher Memes to Describe the Final Days of School

Sign up for emails to get 5% off your next order, plus special offers, free classroom resources, and more.