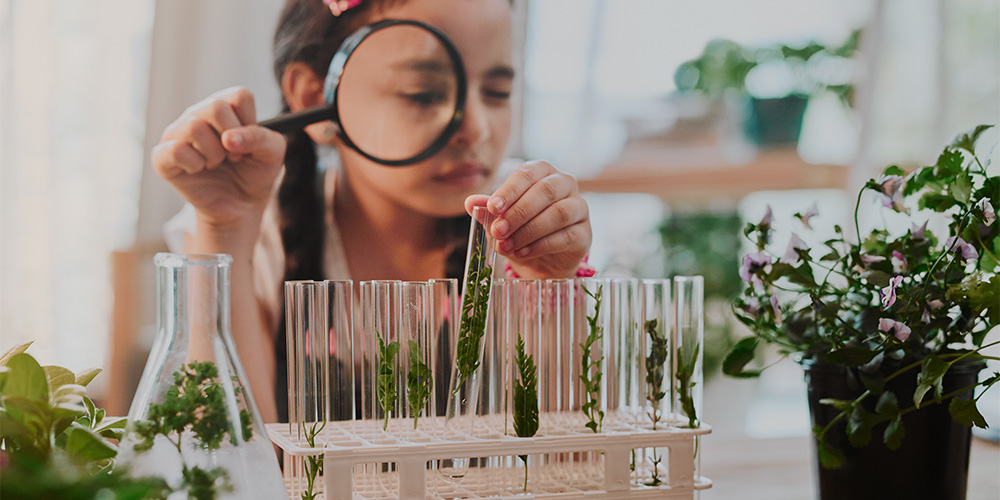 Victor Hugo once said, “There is only one thing stronger than all the armies of the world: and that is an idea whose time has come.” Some of the most influential ideas in our modern era have come from the STEM disciplines, and women have been integral to transforming these ideas into world-changing discoveries and inventions. Here, we’ve highlighted seven rock star women from STEM fields, plus classroom activities you can use to help inspire your female students to follow in their footsteps.

Did you know some of the earliest computer technology was being developed in the early 1800s? And moreover, that the first computer program may have been written by a woman? Born in 1815, Ada Lovelace had private tutors from a young age, and she quickly developed an affinity for mathematics—a passion that led her to work with Charles Babbage on his Analytical Engine.

Despite having a rocky relationship with her famous father, Lord Byron, Lovelace continued his legacy for creativity by taking a “poetical” approach to her scientific work. Unfortunately, Lovelace died young, at age 36, and never saw the fruition of her efforts on the Analytical Engine. However, her extensive notes (including the first computer program) are now considered foundational documents in the history of computers.

This graphic organizer from TeachersPayTeachers is a great way to introduce your students to Lovelace’s life and work. Intended for younger students, the worksheets walk students through the major points in her life and encourage them to reflect on her impact on the world.

Marie Daly was an American biochemist who made many important contributions in helping us understand histones, protein synthesis, the relationship between cholesterol and hypertension, and the interaction between creatine and muscle cells. Born in 1921, she first became interested in science when her father was studying chemistry at Cornell University. Unfortunately, he couldn’t afford to finish his degree, but Daly went on to become the first Black American woman in the United States to earn her Ph.D. in chemistry. She later established a scholarship fund in her father’s honor to help minority students studying chemistry and physics.

In this hands-on lesson plan, students will build a simple model to explore what happens to blood flow when heart disease narrows a person’s arteries. Intended for second- to fourth-graders, this lesson should take about 50 minutes and requires simple materials such as plastic cups, straws, water, and modeling clay (see lesson plan for full details).

Hedy Lamarr was a true Renaissance woman. Born in 1914, she starred in 30 black-and-white films, and was also a gifted mathematician, engineer, and inventor. At the outbreak of World War II, she worked with composer George Antheil to create a radio guidance system that used “frequency hopping” to encrypt torpedo control signals and thus prevent enemy forces from sending the torpedoes off course. Her foundational work in these spread-spectrum techniques later contributed to the development of Bluetooth, Wi-Fi, and GPS technology. In addition, she collaborated with aviation investor Howard Hughes and his team of engineers to make planes faster and more aerodynamic.

PBS produced a feature-length film on Lamarr called Bombshell: The Hedy Lamarr Story. After watching the film with your middle or high school students, use these resources from PBS to facilitate discussions about her life. (Note: A KET Passport is required to view the entire film. A five-minute preview is available for free here.)

Marie Curie is a household name for her pioneering work in radioactivity. She was the first woman to win a Nobel Prize (in physics) and the first person ever to win two Nobels (the second prize being for chemistry). Along with her husband, Pierre, and physicist Henri Becquerel, she figured out how to isolate radioactive isotopes and, in doing so, discovered two elements: polonium and radium. Curie also did extensive research in X-ray technology, and during World War I, she developed mobile radiology units (nicknamed “Little Curies”) that the Red Cross used to help treat soldiers on the field. She died in 1934 from complications stemming from her exposure to radiation over the course of her career.

Marie Curie’s discoveries involve terms your students likely aren’t familiar with. Reading Is Fundamental has put together some fun vocabulary games to help reinforce the spelling and meanings of these terms.

“I invent because I cannot help it—new things just thrust themselves on me.” These are the words of Beulah Louise Henry (1887–1973), who had more than 110 inventions and 49 patents to her name by the end of her life. Nicknamed “Lady Edison” for her prolific work, she was drawing sketches of inventions as young as nine years old, and she submitted her first patent, for a vacuum ice cream freezer, while she was still in college.

Henry eventually moved to New York City and founded two companies to help her sell her inventions, which were as diverse as they were numerous. Some of her many creations include a hair curler, a vanity case, a rubber sponge soap holder, a snap-on parasol (allowing women to easily change the pattern of their parasols), a new method for stuffing children’s dolls using rubber tubing, the Double Chain Stitch Sewing Machine, and a typewriter that allowed typists to create multiple copies of a document without carbon paper.

In honor of Henry’s astounding 110 inventions,
challenge your students to draw or create a prototype of their own invention. Henry was known for creating tools that improved upon existing technology, so give your students the freedom to create something entirely new or put a new spin on something that already exists.

Early in her career, Clarke worked for General Electric as a “computer” (someone who performed difficult mathematical calculations by hand before modern computers and calculators). While working at GE, she invented the Clarke calculator, an early graphing calculator that solved equations involving electric current, voltage, hyperbolic functions, and impedance in power transmission lines. Her work and writings were instrumental in providing greater stability for transmission lines, which were becoming longer and carrying greater loads due to increases in technology. She died in 1959 and was posthumously inducted into the National Inventors Hall of Fame in 2015.

Scholastic has put together 15 math games you can play in 15 minutes or less. In honor of Clarke’s work as a computer, we recommend the “shaving equations” activity, where you put shaving cream on students’ desk and they write the answers to equations by drawing in the shaving cream. This is a great activity for kinesthetic learners.

Alice Ball lived a short life, but an impactful one. For thousands of years before her, Hansen’s disease (leprosy) had no known treatment or cure, and consequently, those with the disease were often condemned to isolation until they died. Ball discovered a way to inject chaulmoogra oil so that the body could absorb it and use it to treat the disease. She was the first woman and first African American to earn a master’s degree from the University of Hawaii and went on to become the university’s first female and first African American chemistry professor. Ball died in 1916, at age 24, before she got to see the fruition of her research.

In our viral culture, it’s hard to imagine people not getting credit for accomplishments such as Alice Ball’s. Have your students research people (not necessarily just scientists) who accomplished great things, but didn’t receive recognition until after their deaths. Some examples might be Vincent van Gogh, Emily Dickinson, or these seven scientists.

Getting Your Female Students Excited About STEM

The STEM fields wouldn’t be what they are today without the influence and hard work of women like the ones in this article. Any of your female students could be the next one to discover or invent something that changes the world, and the first step is to awaken in them a love of science and mathematics. These professional development courses from Advancement Courses give you the tools to engage and inspire your students to a greater love of science: 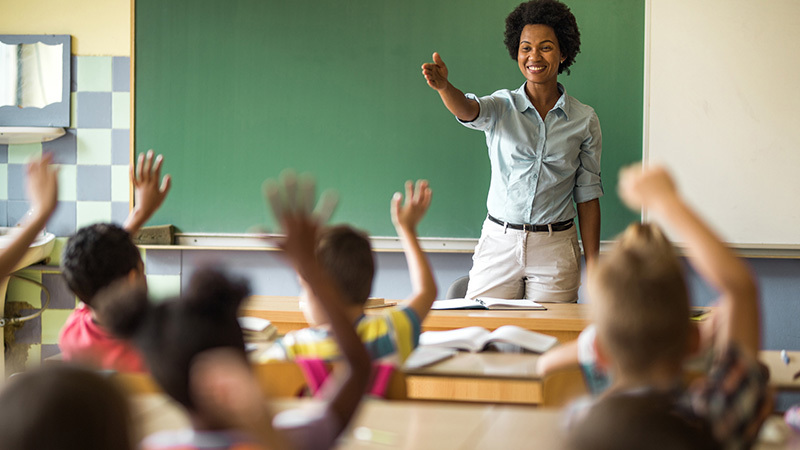 Dyslexia, Dysgraphia, and Dyscalculia: Understanding and Accommodating the Differences 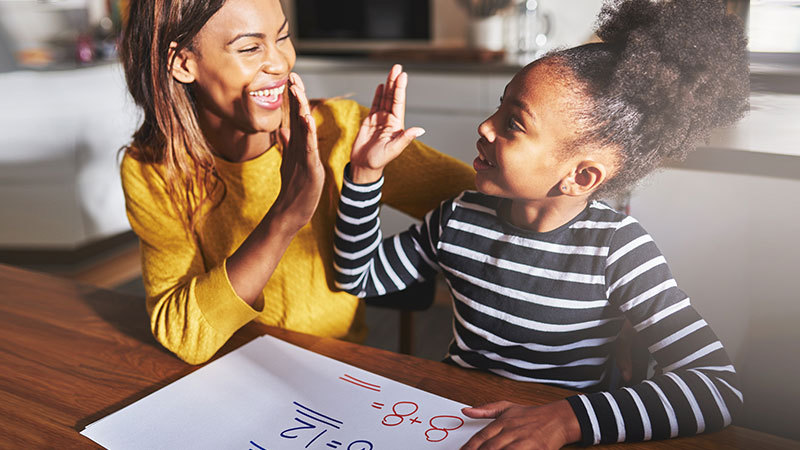 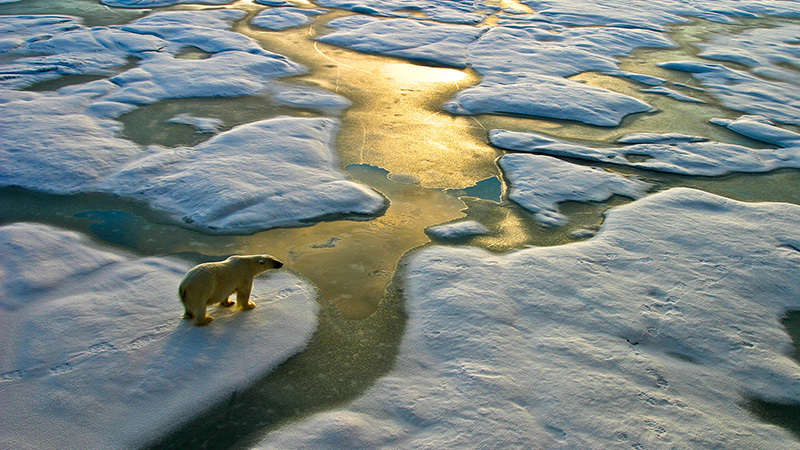